No items found.
Product is not available in this quantity.
THE KIND OF DRAMA YOU WANT IN YOUR LIFE
UPCOMING
SHOWS
OUR SEASON ANNOUNCEMENT 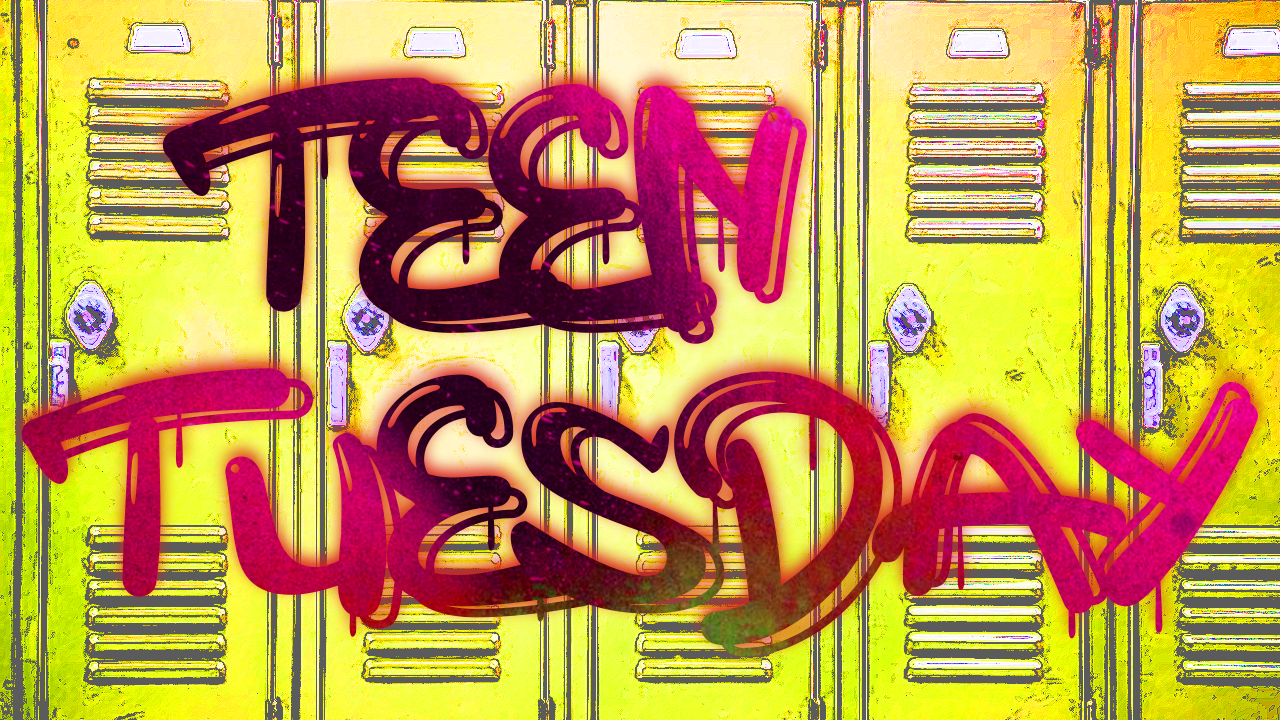 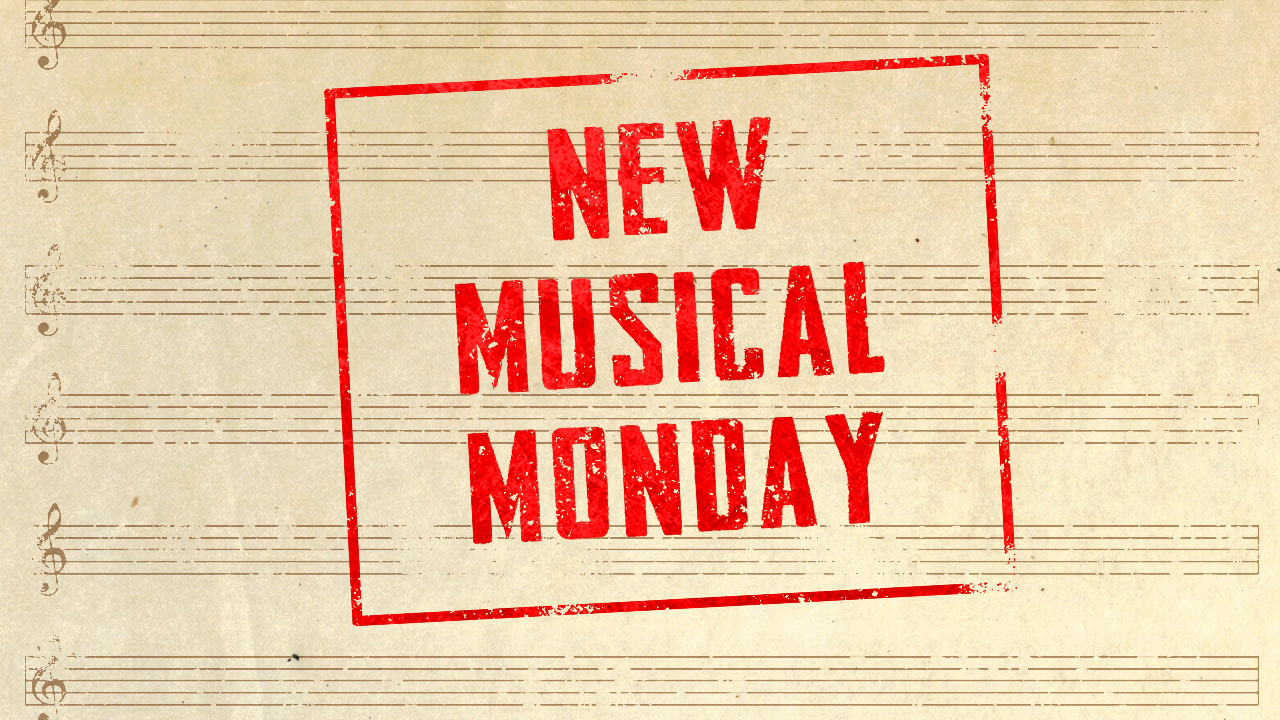 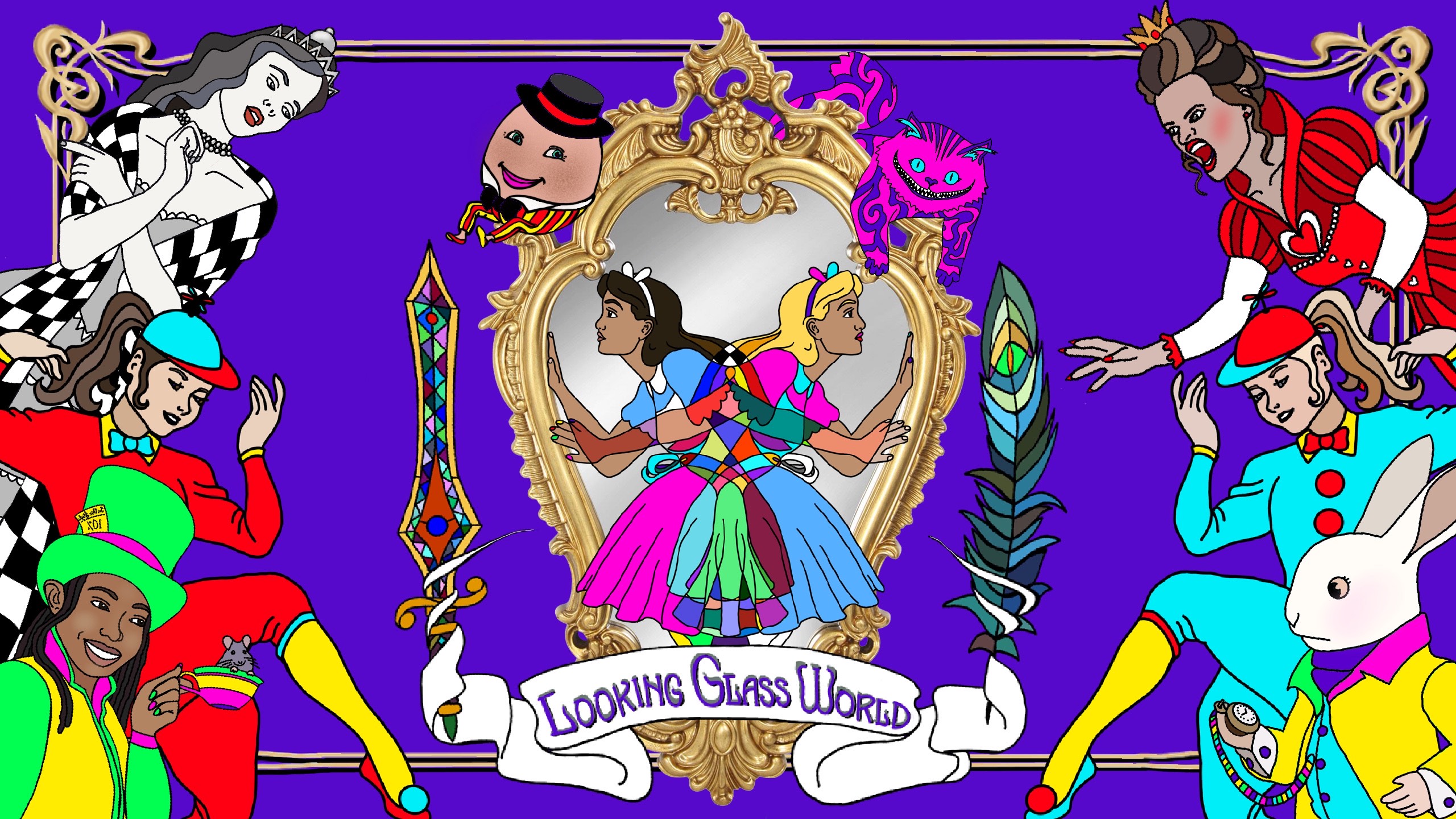 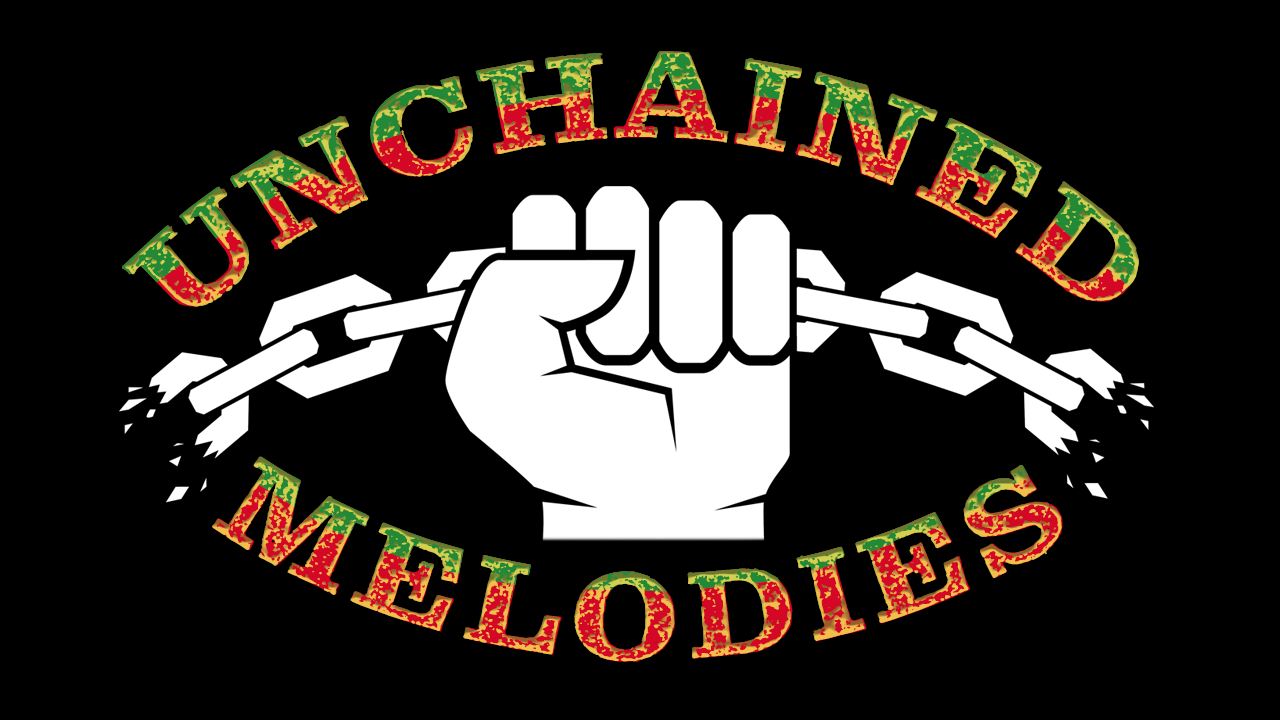 Unchained Melodies
Conceived and Directed by Kirsten Lang
Unchained Melodies is a cabaret that explores the black roots in popular music genres today. Join us as we journey from the slave spirituals sung on plantations to the early beginnings of blues and jazz.
TICKETS 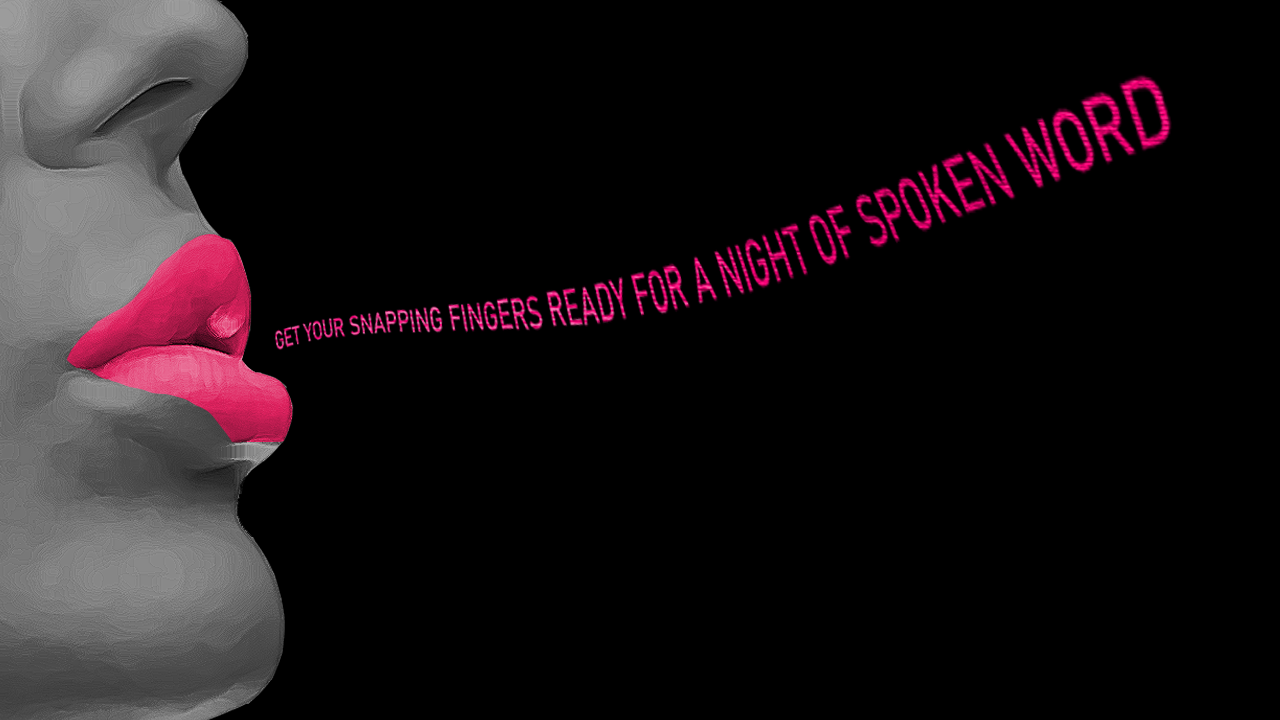 A Night of Spoken Word
Directed by Angelica Rivera
Get your snapping fingers ready for a night of slam poetry! We’ve been missing the community of poets and poetry lovers gathering together to share truth that comes from the heart. Join us virtually to witness the raw emotion pouring out of these powerful poets
TICKETS 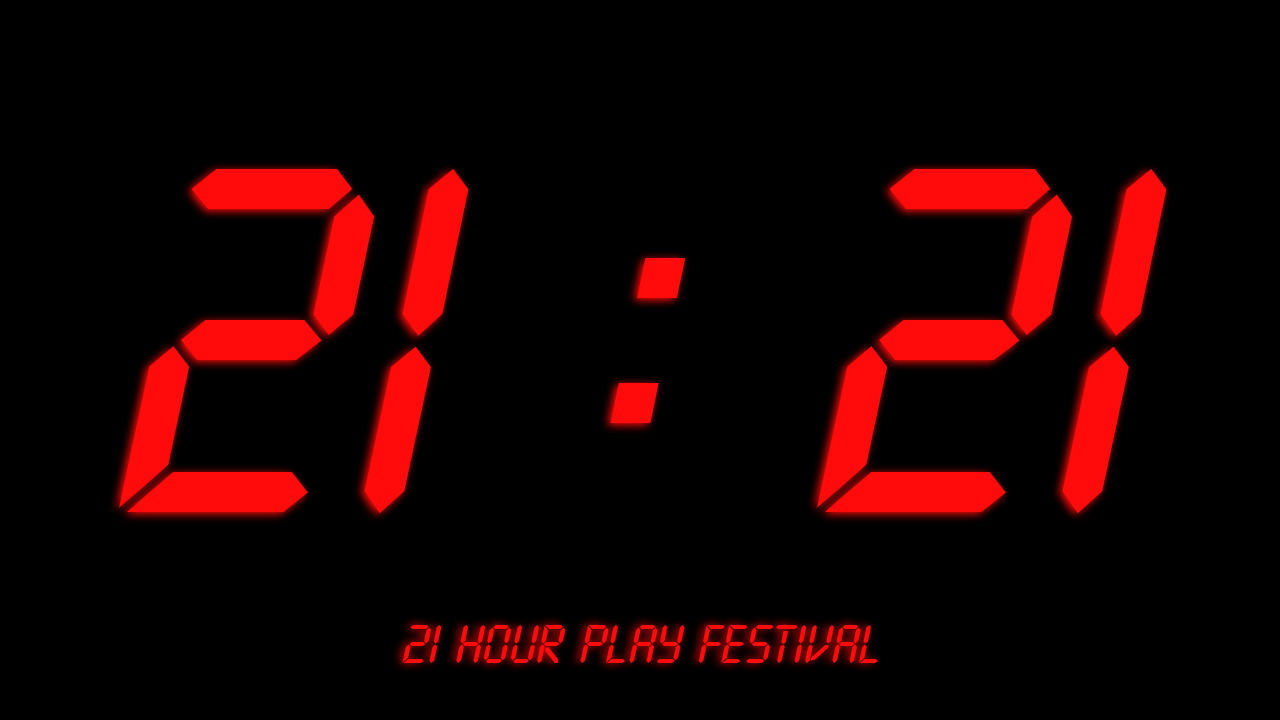 21 For '21
Conceived by Kaleb Dufrene
21 for ‘21 is a 21 hour play festival reserved specifically for actors in the graduating class of 2021. This online event will also feature original music written and performed by talented graduates from all around the globe.
TICKETS 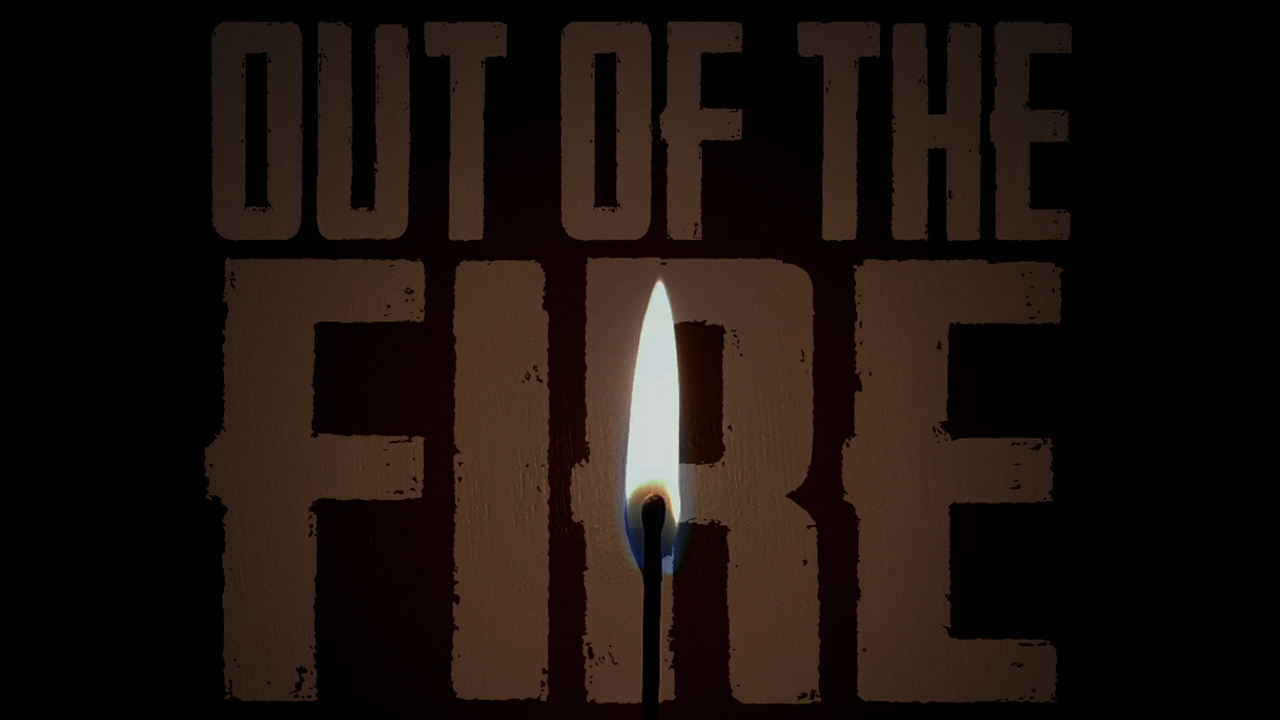 Out Of The Fire
NextStage Virtual Studio
Conceived and Directed by Jessica Swanson
A chilling anthology of plays based on ghost stories and monsters from different cultures around the world.
TICKETS 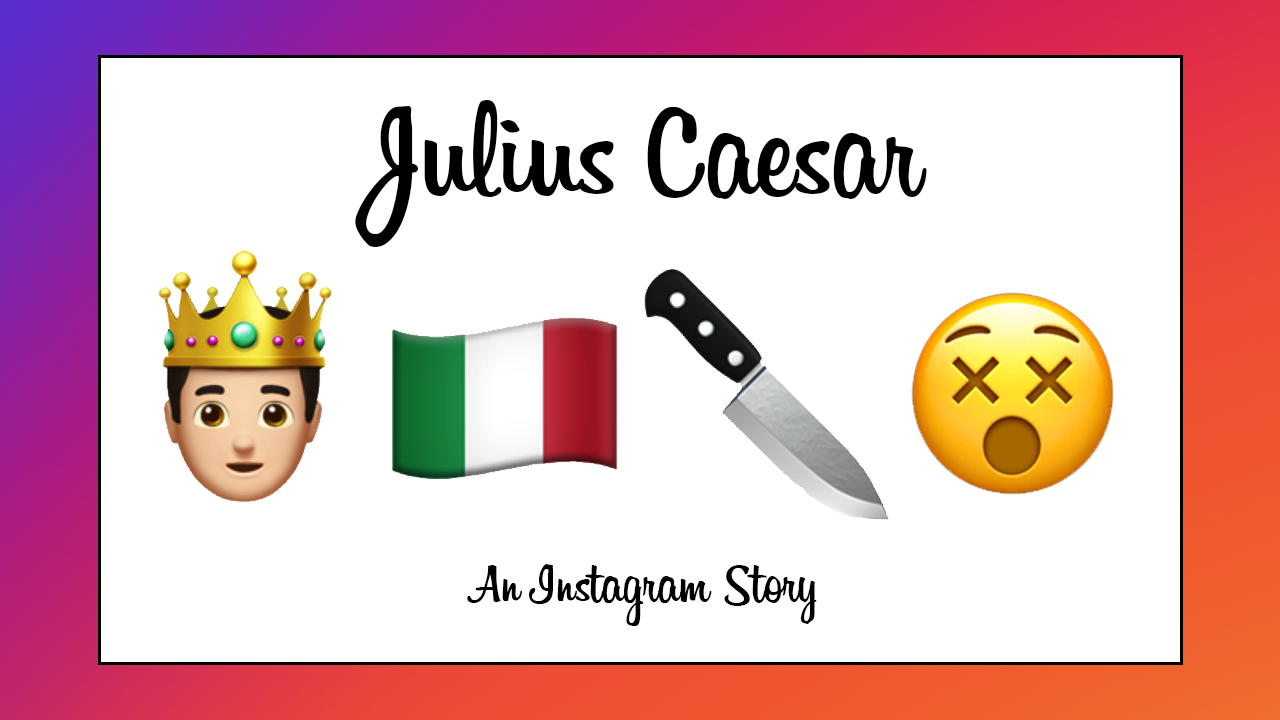 Julius Caesar: An Instagram Story
@nextstagecompany
SHAKE-UP SHAKESPEARE FESTIVAL
from the play "JULIUS CAESAR" by William Shakespeare
Presented entirely on the NextStage Instagram story, our digital staging of Julius Caesar will be performed by actors all over the world in 15 second segments throughout the entire day.
TICKETS 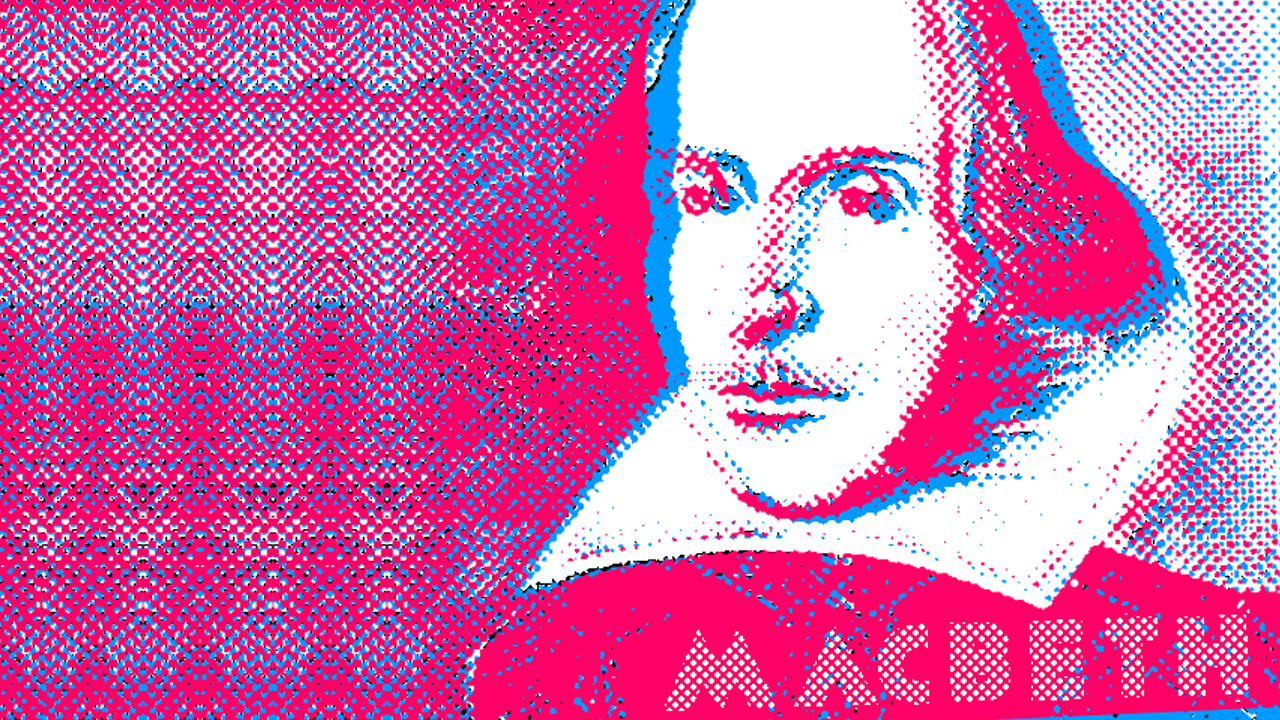 Macbeth: A Live Comic Book
NextStage Virtual Studio
Shake-Up Shakespeare Festival
Adapted and Directed by Tyler Phillips
from the play "MACBETH" by William Shakespeare
Visual art takes center stage in the NextStage production of Macbeth: A live comic book. In this retelling of one of Shakespeare’s most celebrated tragedies, the lines between digital set pieces and live-actors are blurred as we use state of the art tech to put our virtual performers side by side with storytelling illustrations.
TICKETS 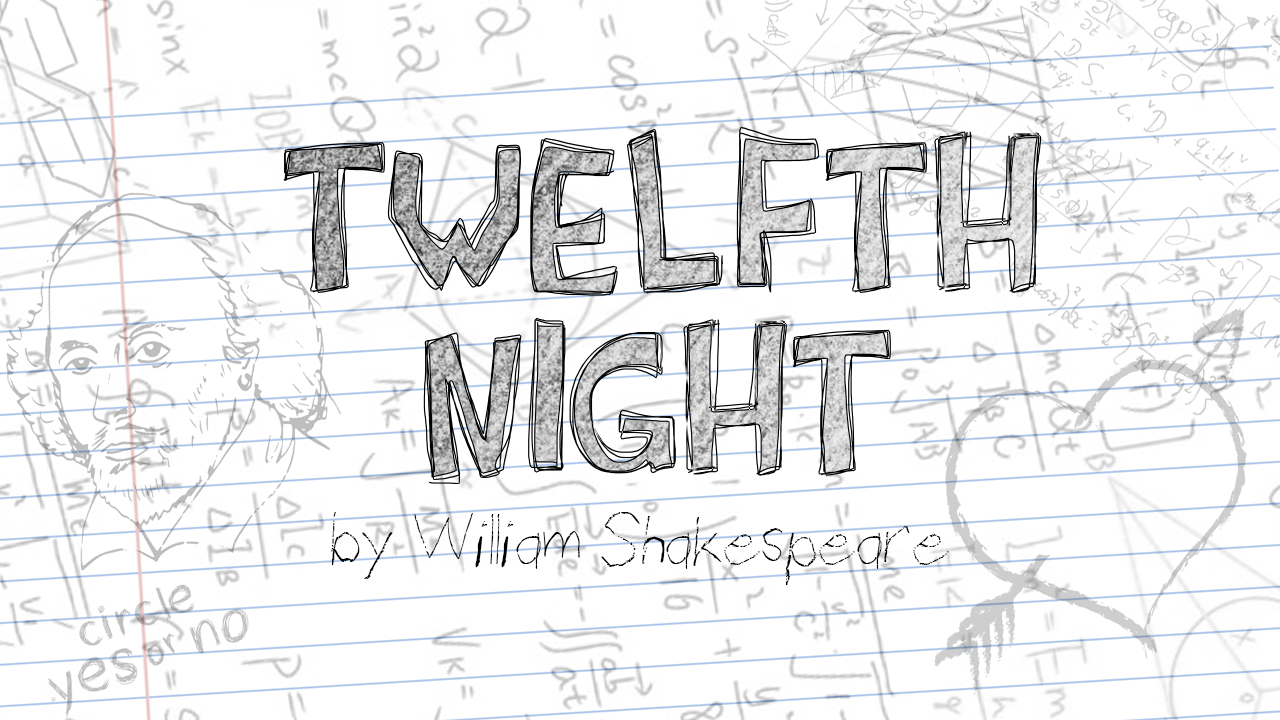 Twelfth Night
NextStage Virtual Studio
Shake-Up Shakespeare Festival
Directed by Taylor Congdon
from the play "TWELFTH NIGHT" by William Shakespeare
In a modern take on one of Shakespeare’s most classic comedies, a reality TV host takes us through senior year at Illyria High, capturing all the love triangles, lies, and hilarity that ensues when new transfer Viola arrives
TICKETS 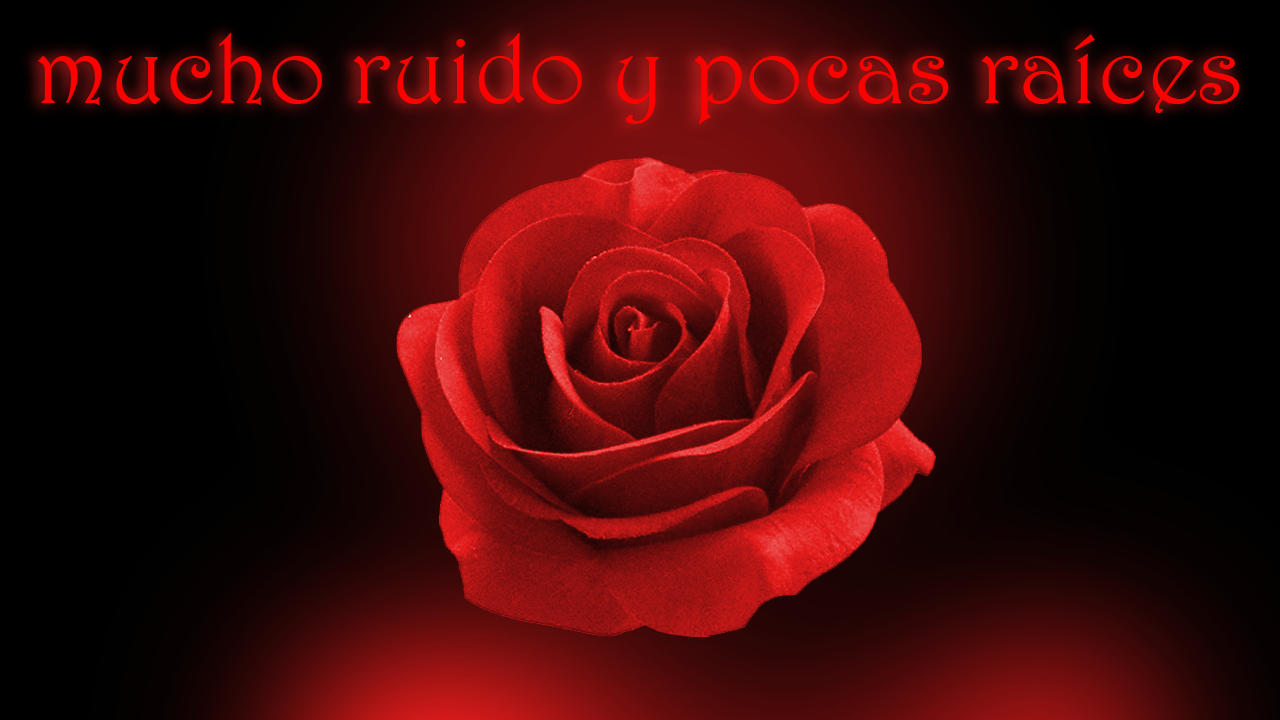 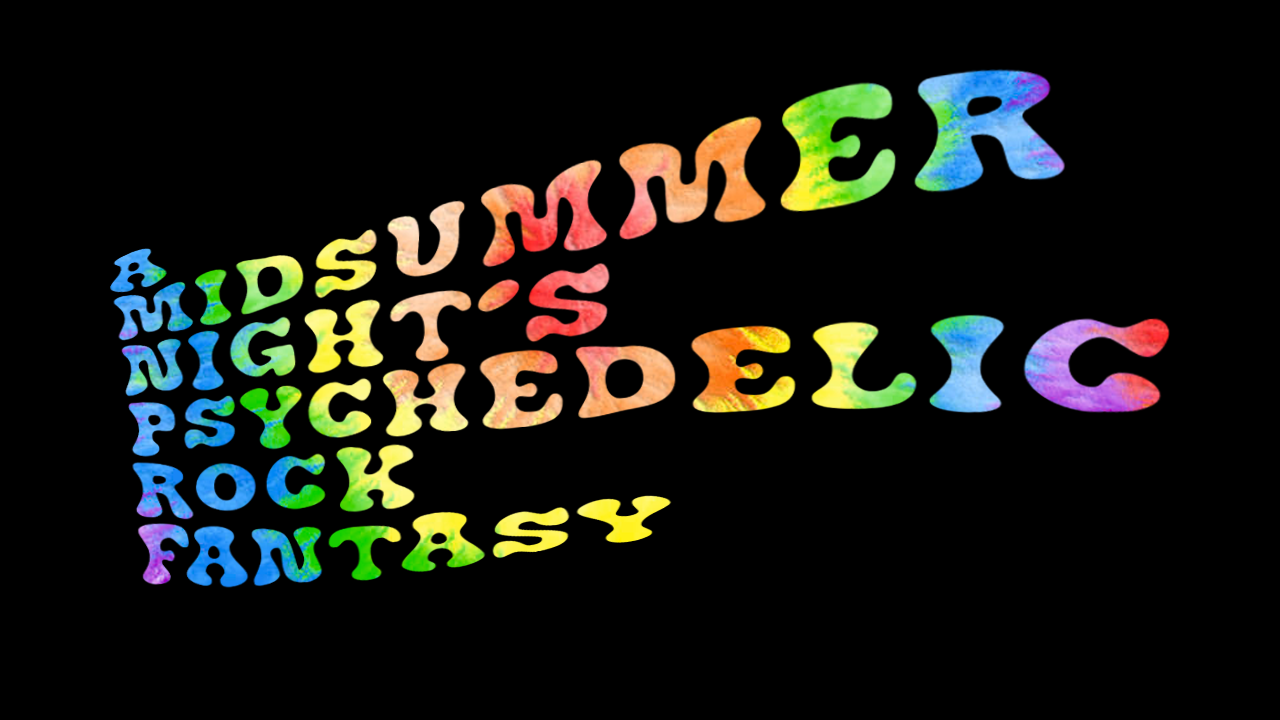 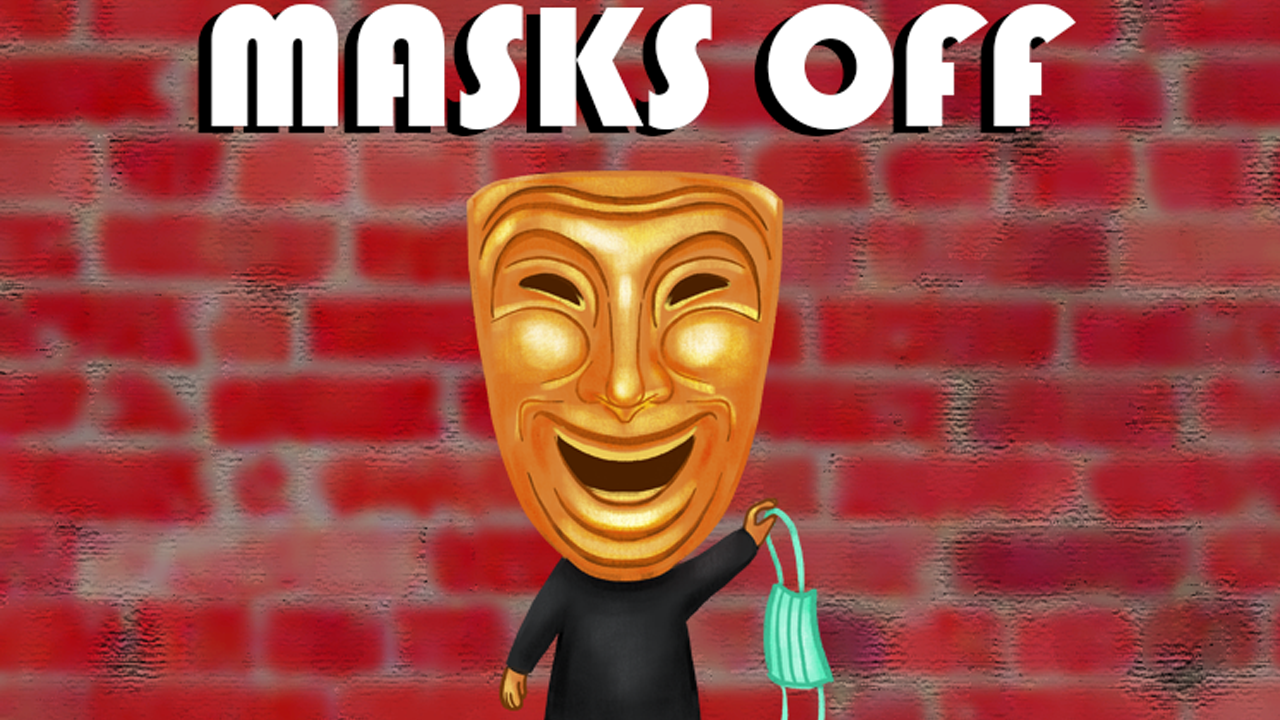 Masks Off: A Virtual Comedy Special
NextStage Virtual Studio
Directed by Angelica Rivera
YOU need to laugh right now! This comedy special will feature 13 different stand-up comedians from around North America spread out between two separate nights via a live YouTube stream. Every comedian will give a 10 minute set of their best material to all the viewers watching from home.
TICKETS 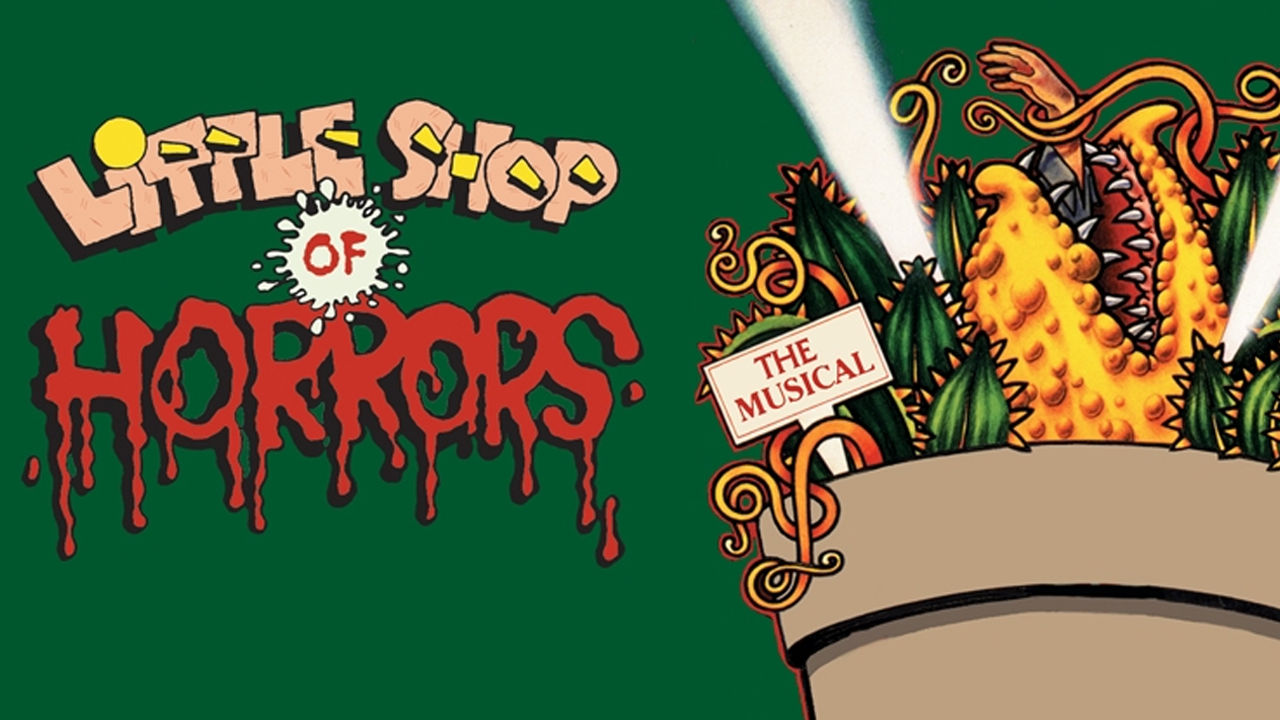 Little Shop of Horrors
NextStage Virtual Studio
Directed by Tyler Phillips
Music Direction by Angelica Rivera
Choreo by Jessica Swanson
Book and Lyrics by Howard Ashman, Music by Alan Menken
A deviously delicious Broadway and Hollywood sci-fi smash musical, Little Shop Of Horrors has devoured the hearts of theatre-goers for over 30 years. The meek floral assistant Seymour Krelborn stumbles across a new breed of plant he names "Audrey II" - after his coworker crush. This foul-mouthed, R&B-singing carnivore promises unending fame and fortune to the down and out Krelborn as long as he keeps feeding it, BLOOD. Over time, though, Seymour discovers Audrey II's out of this world origins and intent towards global domination!
TICKETS

Les Miserables: School Edition
NextStage Virtual Studio
Directed by Jessica Swanson
Music by Claude-Michel Schönberg and Lyrics by Herbert Kretzmer
In nineteenth century France, Jean Valjean is released from years of unjust imprisonment, but finds nothing in store for him but mistrust and mistreatment. He breaks his parole in hopes of starting a new life, initiating a lifelong struggle for redemption as he is relentlessly pursued by police inspector Javert, who refuses to believe Valjean can change his ways. Finally, during the Paris student uprising of 1832, Javert must confront his ideals after Valjean spares his life and saves that of the student revolutionary who has captured the heart of Valjean's adopted daughter.
TICKETS 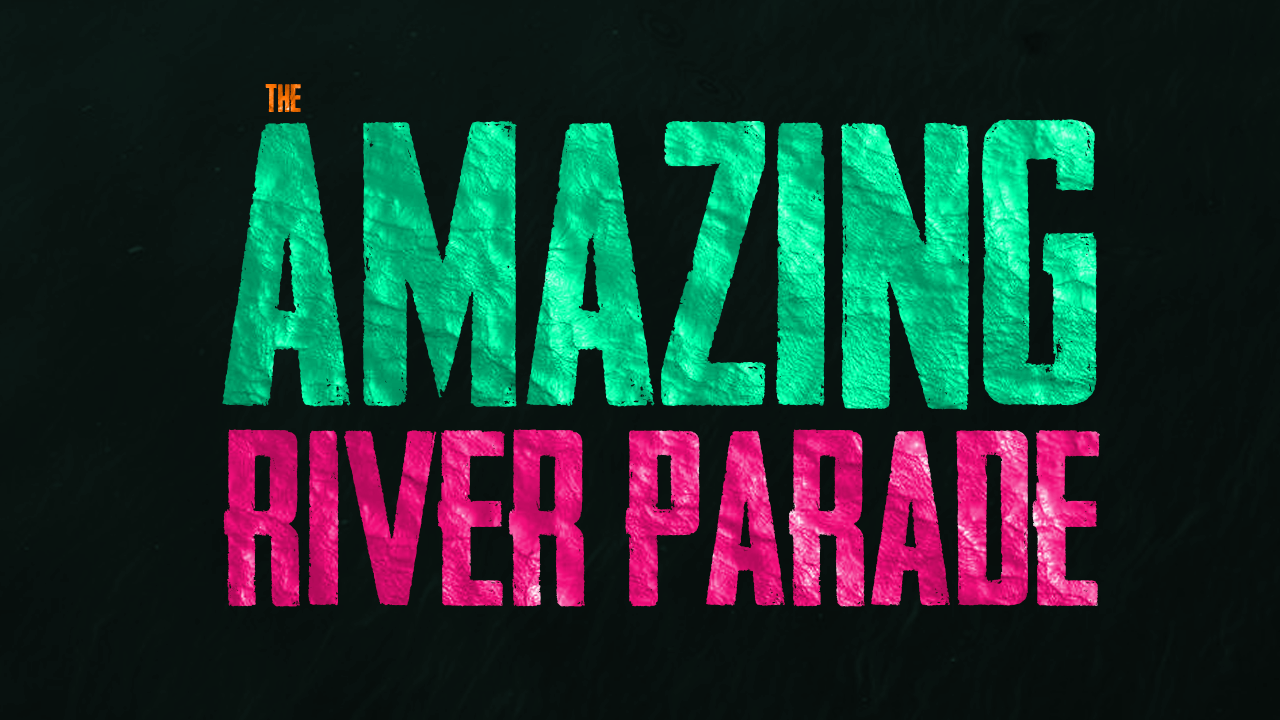 The Amazing River Parade
NextStage Virtual Studio
Directed by Tyler Phillips
The Amazing River Parade is an original musical about the cold and sudden transition from high school to “real life.” Members of the graduating class of a Texas high school navigate the struggles of anxiety, drug use, and relationships supported by a score that dusts the sounds of traditional musical theatre with hints of modern indie-pop and hip hop.
TICKETS
NEXTSTAGE
‍AUDITIONS

New Musical Monday: Performer Submissions
The Final Monday of Every Month (Jan - Apr)
NextStage Theatre Company is seeking actor/singers for NEW MUSICAL MONDAY: a monthly showcase that features two-four songs (depending on length) from three dynamic new musical theatre pieces. Submissions are now being accepted for actor/singers to perform these works on the final Monday of months January-April 2021. NextStage is accepting submissions through January 15, 2021. NextStage will use this pool of audition submissions to cast NEW MUSICAL MONDAY performances throughout the first four months of the year. Auditions are open to actors of all ages all over the world. If the actor is under the age of 18, parent sign-off on this form is required. If selected, performers will be required to self-tape songs from the show after limited meetings with the show’s music director.
AUDITION

Les Misérables Auditions
Rise Up Company
PRE-RECORDED PERFORMANCE: APRIL 8-10th
NextStage's is now casting our virtual production of Les Misérables: School Edition! You must be 18 years old or younger to audition for this production. We are looking for strong and energetic young performers to join us on this epic journey. All roles are available! Hit that audition button for more details!
AUDITION 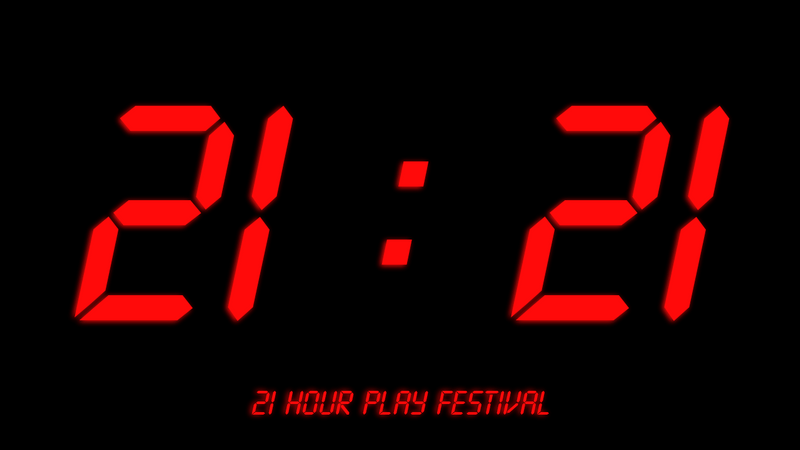 21 for '21: Actor and Songwriter Submissions
PERFORMANCE FEBRUARY 20-21, 2021
CALLING ALL 2021 GRADUATES! So many graduates are missing out on their final productions due to the COVID-19 pandemic. We want to highlight and connect all of you. We are seeking singer-songwriters to perform original songs and actors to perform in a wide variety of original plays. If selected, actors will only be involved with one script. This event will stream for 21-hours playing worldwide between February 20th - 21st!
AUDITION

21 for '21: Seeking Original Plays
Performance FEBRUARY 20-21, 2021
NextStage is seeking original plays to feature in our 21-hour play festival! All artists worldwide are encouraged to submit material. NextStage will organize directors and tech for each production if selected. All actors in the festival will be 2021 graduates between the ages of 16 -19.
AUDITION

Virtual Slam Poetry Submissions
PERFORMANCE MONDAY FEBRUARY 15TH
We’ve been missing the community of poets and poetry lovers gathering together to share truth that comes from the heart! We are accepting submissions to a virtual "Night of Spoken Word" presented by NextStage Theatre Company. This open call invites all levels of experience, all types of original poetry, and ALL humans. The show will be performed live by all selected poets.
AUDITION

Teen Tuesday: One Act Play Submissions
2nd Tuesday of Every Month (Jan - April)
NextStage Theatre Company is seeking original one act scripts for TEEN TUESDAY: a monthly showcase that features 3-4 original works performed by young adults. All performers will be between the ages of 13-19. Submissions are now open for scripts to feature in the productions for February - April 2021. The live shows will stream on the 2nd Tuesday of each month. NextStage is accepting submissions through January 17, 2021.
AUDITION

A Midsummer Night’s Psychedelic Rock Fantasy
Shake-Up Shakespeare Festival
March 25-26, 2021
Directed by Tyler Phillips
Music and Lyrics by Curtis Hart
NextStage is starting the casting process for A MIDSUMMER NIGHT’S PSYCHEDELIC ROCK FANTASY -- A modern opera that fuses the characters and settings from Shakespeare’s “A Midsummer Night’s Dream” with a fantastical indie/pop score and flower-power imagery. We are seeking actor/singers fluent in pop/rock styles to take part in self-tapes that will lead to the two night live broadcast of this new show. Performers must be able to read sheet music. Actors must have a professional recording mic and video from either a high quality mobile device or digital camcorder/DSLR. We will use some Green Screen technology, but NextStage can provide green screens. The casting and composition process of this piece is different from that of a normal musical -- even in the workshop phase. The score, by award-winning BMI composer Curtis Hart, has been sketched out, but songs will be arranged and completed based on the vocalists we cast. Performers should be prepared to work on the vocal development of songs between late Jan and late March when the show runs. The score will be recorded by critically-acclaimed instrumentalists from all over the globe. Rehearsals will be held from time to time over ZOOM to communicate phrasing, diction, and acting for self-tapes. Roles will be filled, mainly, by actors over the age of 18, but performers as young as 13 are able to apply. The parent approval section of the audition form MUST be filled out for performers 17 and under. While there are no outright references to illegal drug use in this piece, the magic that Oberon performs on “the lovers” does mirror that of natural substances that produce psychedelic effects.
Actors under the age of 17 need parent approval
AUDITION
LEARN WITH
NEXTSTAGE
EDUCATION POLICY
At NextStage, we are dedicated to the development of artists, of all ages, through performance and educational opportunities. We do not charge tuition or participation fees for performance opportunities and, unless the production is a benefit, pay all of our actors for performing. Our education and development programs that offer learning experiences in return for enrollment or tuition fees are skill-based courses and master classes. Net gains from these programs go toward paying actors in our productions.
No items found. 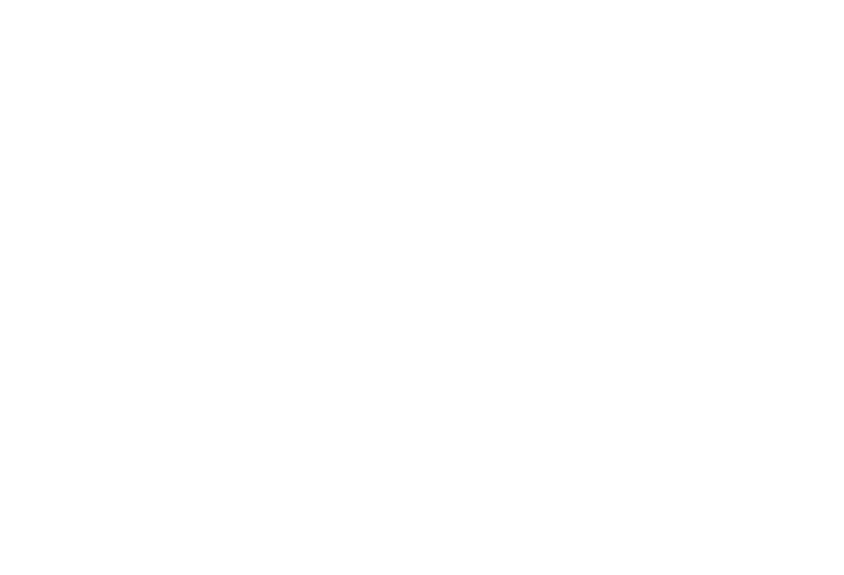